This was initially a long post, detailing all the manual steps required to set up a complete Haskell development environment, however, thanks to a hint by Krzysztof Cieślak, this process is now fully automated, allowing you to get started in minutes. All thanks to a Visual Studio Code feature called devcontainers, supporting running the development environment in a Docker container.

Install Docker Desktop, and configure it according to the steps detailed in the documentation for remote development. This requires sharing the directory containing your source code with Docker, and this feature is only available via the Docker Desktop UI. Once you’re done, install the Remote Development extension pack in Visual Studio Code.

To set up your project, download the contents of this repository, and place the .devcontainer directory in the root of your project, and restart Visual Studio Code.

Provided you’ve set it up correctly, the next time Visual Studio Code starts, it will prompt you to reload your project in the container:

Pressing the Reopen in Container button will reload your project, and perform the automated steps to download and configure the Docker image for Haskell development. 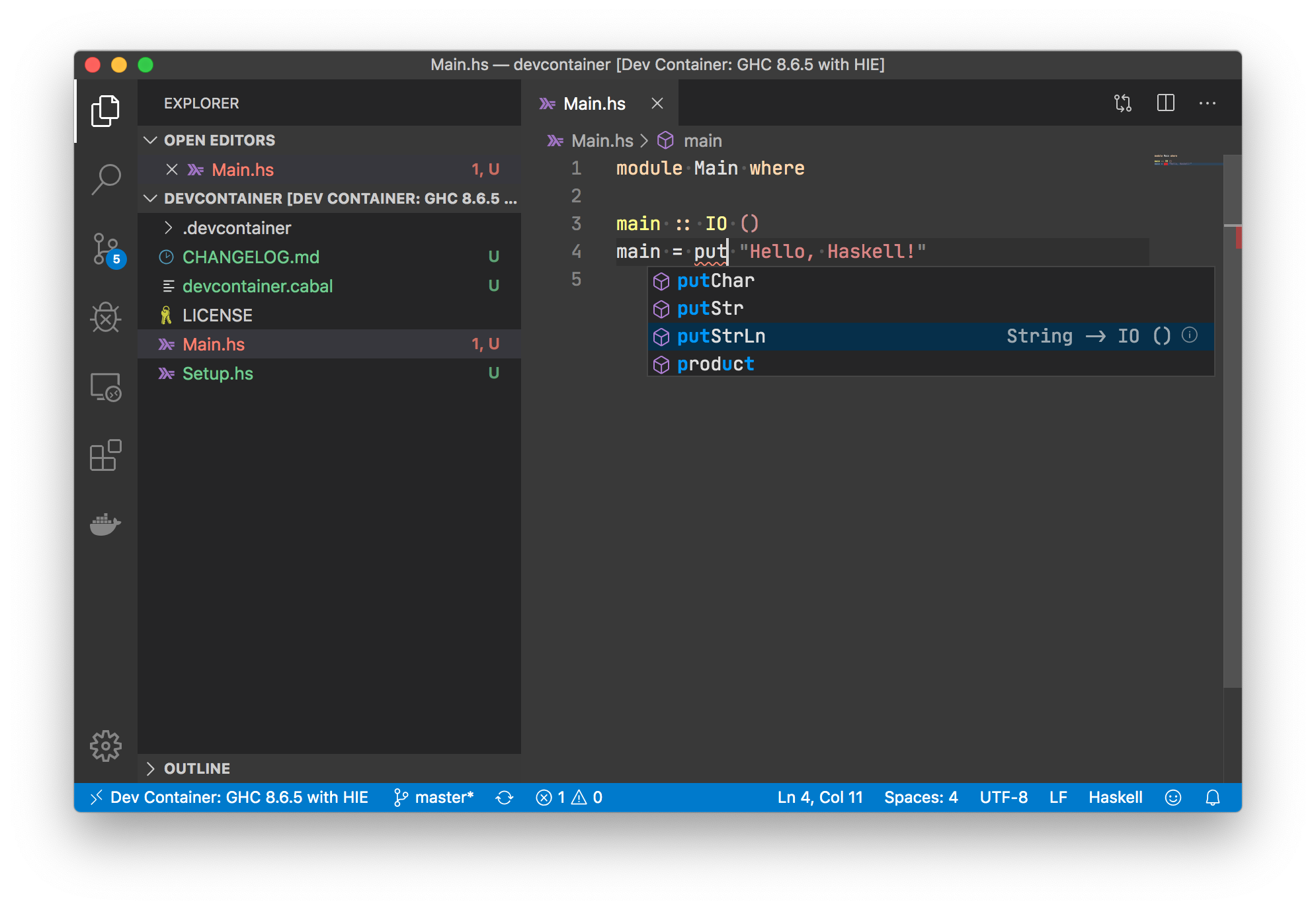 The .devcontainer directory contains two files: the Dockerfile describing the image, and a devcontainer.json file which has some additional settings for Visual Studio Code.

The Dockerfile is an image based on hmemcpy/hie (which in turn is based on nixos/hie), an Alpine image which contains the following:

The devcontainer.json has some additional configuration, in particular, the required extensions that have to be installed, and the name of the remote user (must match the one in the Dockerfile).

Please feel free to contribute improvements to this devcontainer!

Note: it is quite possible that the process will be entirely automated if the .devcontainer configuration will be accepted to the Microsoft repository, allowing it to be configured straight from Visual Studio Code, without any additional downloads. This is currently tracked in an issue microsoft/vscode-dev-containers#202. Stay tuned for updates!

If you don’t want to install Docker or use devcontainers, the following steps will allow you to manually install the haskell-ide-engine (HIE) components, which power the IDE features in Visual Studio Code: